I’ve been divorced. It was ugly. Thankfully we had no children together so we were able to make a clean break. I don’t ever have to see that guy again, and that’s fine with both of us. But the funny thing about divorce is that even if you hate the person they still get to exist. This makes you ok because you once loved them very much and care about their general well being and happiness. Or maybe I’m just too much of a bleeding heart. I did send my ex with food for the week when he left me so he wouldn’t starve.

But after divorce it was relatively easy for me to move on with life. Sure, I had a moment of numbness, face down on the bathroom floor. I wouldn’t be human if I didn’t. But I lived life and made a clean break. It was dead. We couldn’t fix it. We both deserved happiness and happiness was gone.

Becoming a widow is a different bear altogether.

You loved the person with every fiber of your being and cannot breathe at the thought of them not being here. So you try to fill the days with good feelings to replace the bad. Being a widow means making horrible decisions for the sake of feeling good, at whatever cost. Even if it’s temporary. Or curling up and dying. I’ve decided I’ll take my chance with the horrible decisions so I can feel SOMETHING. Feeling something is better than being completely numb.

Some days I have to mentally walk myself through the day. “Ok, Cyndi. You have to shower. Dry your hair. Put on some kind of make up. Eye cream is your friend. Dress nice. You’ll feel better if you look better. Smile at people even though you want to tell the world how much you hate today. 2 more hours and you can go home and put on pajamas and drink wine. You’ve got this.” Survival.

Cancer wipes away everything. Every stupid fight. Every mention of divorce. Everything.

We were given the gift of time. His death wasn’t sudden. It was slow and agonizing and nothing at all was left unsaid. He died with me knowing exactly how he felt about me, exactly what he wanted for my future and for our daughter’s future. I ask myself with every parenting decision “What would Matt do?”

The answer is always clear. Matt would live. He would be a little too loud, fill our house with people and love, laugh so hard he cried, surround himself with people who add value to his life just by being who they are.

So every day we do that. Every day we make the connections that he would’ve made. We have dance parties with the dogs. We value the friends that have stuck around even after he’s gone.

We replace the bad feelings with the good. And we put one foot in front of the other and somehow we’re still here, living the life he built for us.

Divorce erases relationships. I cannot recall much about my first marriage mainly because I don’t want to. But I can hear a song or the weather a certain day reminds me of Matt and I feel like I’ve been punched in the throat and I struggle to breathe.

The pain of his death will never leave. But the love he had for us won’t, either. 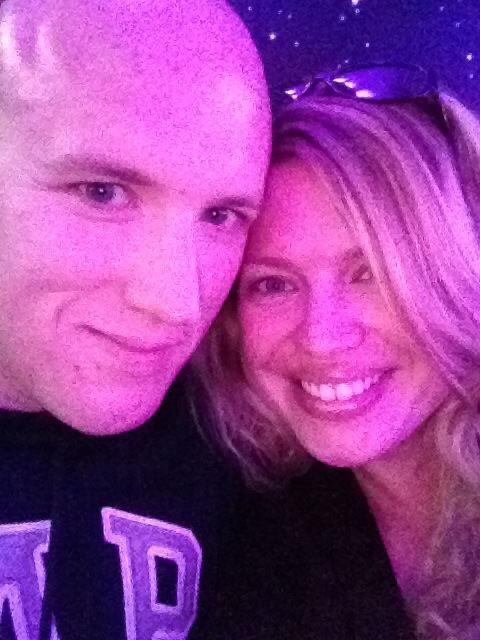