Yesterday my parents treated us to see Frozen 2 at the dine in theater. Quinn has been waiting for this movie to come out since the minute they announced it. She planned her outfit. Bow. Everything. 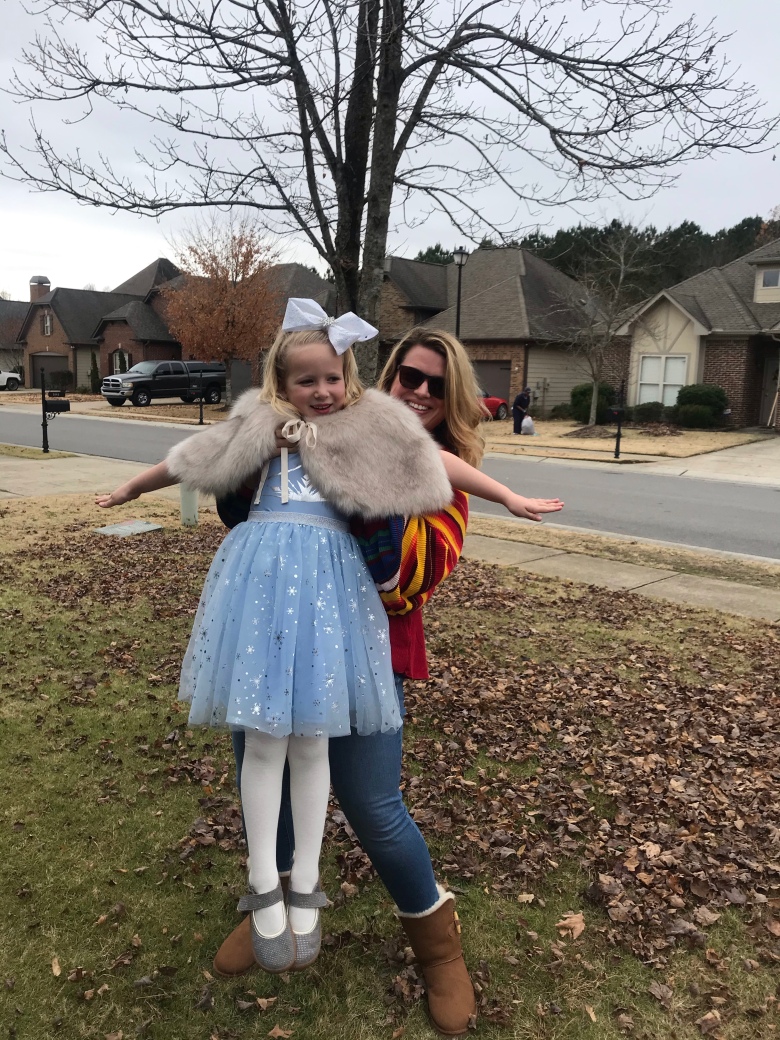 I screen everything she’s exposed to now. I always need to know ahead of time whether something is going to deal with the death of a parent so I can prepare her ahead of time. The bad news is Disney loves to talk about dead parents. The good news is this normalizes it for my child and let’s her know she isn’t the only one feeling the way that she does. It’s a double edged sword but a necessary conversation to have with your children.

Sometimes parents die. It’s a sad reality, but it is ours and, while I used to hate the part of Disney movies that address it, now I understand completely that kids need to see other kids going through what they’re going through.

I looked over when this song was playing and she was listening intently, but no tears. At one point she did cover her ears, but she recovered quickly.

But when I heard this song I felt it deeply. On a daily basis I’m not sure if the decisions I’m making are right or not. I really am just trying to do the next right thing. Sometimes it’s hard to determine exactly what that is.

When you lose someone, it shakes you to the core. It crushes your confidence, because I used to have a person to bounce every decision off of and reassure me and now I don’t. Grief makes you question everything, especially with a small child involved. I always just want to do the next right thing for her. I want to move forward with the love he had for life. That’s what he wanted for us and he made me promise I would.

We have big changes coming up. Big moves (literally) as we prepare to leave the last home we all lived in together. School changes. Going into a new year without him. As cheesy as it sounds, I may be playing this song on repeat in my car for a while. It’s a good reminder that I have to go on.

But a tiny voice whispers in my mind
“You are lost, hope is gone
But you must go on
And do the next right thing”